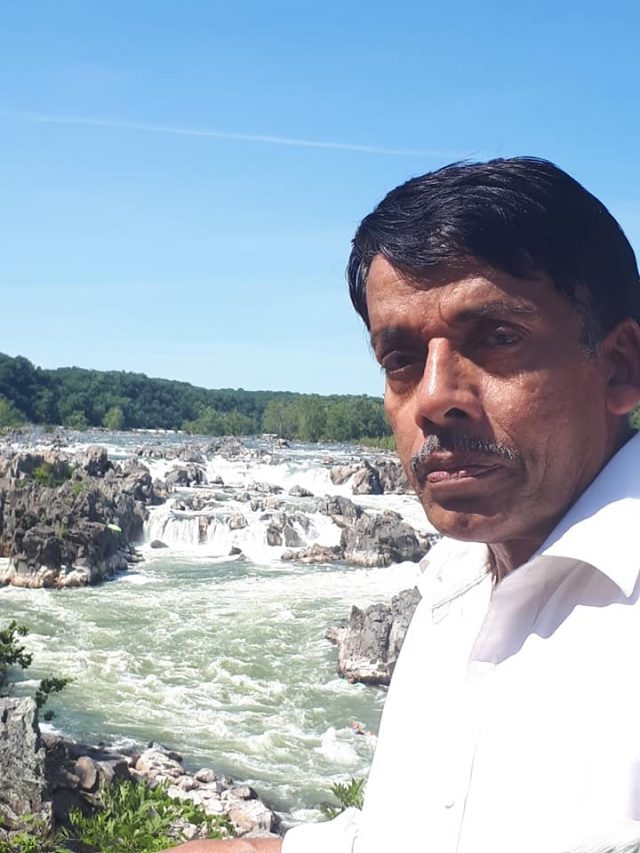 Aniyan Thalayattumpilli with 3 decades of banking service plunged into writing his familiar hobby. for a long time During the last ten years his pen, fingers touche almost all areas of literature like travelogue short stories, detective stories Nambuthiri kadhakal a brand of satire familiar to earlier generations like Sardarjis stories in North INDIA, Heritage stories of temples myths rituals are his hallmark. He notes on recipes and cookery lessons in traditional ways using spices, natural vegetables highlighting their medicinal values are very popular

Krishna’s Smiles famous for their intelligence mesmerised the readers, Episodes on GURU POOJA , is also popular He laid hands on writing film Screenplays also. A BUDDING WRITER IN MOST OF THE AREAS OF LITERATURE AT RIPE OLD AGE

So far he published 5 books CHAYADANAM short story , FINGERPRINT detective story MEXICAN HOT pocket story ACHUVINTE DIARY two volumes a monologue of a 7/8 year old boy to his Muthachan, grand pa
The first volume is released by famous Cine artist Babu Nambuthiri , the second one in Washington DC sponsored by a few prominent Malayalee Organisations in USA,The third volume is in pipeline , His experience, anecdotes, funny incidents during European visits TRAVEL PEBBLES is under print All these books are in Malayalam.

ANIYAN utilised the royalty from these publications to build an auditorium for his village library where he gained talents in writing A BEST EXAMPLE OF GIVING BACK TO SOCIETY, He travelled widely in Europe USA ,Middle East , with his keen observations, absorption gathered a lot from these countries . He is in the process of writing these experiences.

Some of the readers ACHUVINTE DIARY realizing the hidden messages in these prevailed upon him to come out with English version, as it will have wider reach out to those who can not read Malayalam. The English version is planned in that background . It is a wish to reach the values in these anecdotes which are beyond time and events but everlasting values for an ever-changing world

It is a narration of the author’s observations on his grandson ACHU born in a small village in kerala now living in VIRGINIA US. Aniyan used to accompany Achu to his schools, playgrounds, picnics, friends , relating his thinking actions habits, meticulously ,linking those to his childhood days. A form of mental metamorphosis takes place in Aniyan .

These episodes sprouted with purity of heart and feelings That a new generation with a different thought process can only save the mother earth from imminent dangers. This english translation is only for that

Aniyan is from a Namboothiri family , still living in his ELLAM , ,350 years old where 10 generations lived for humanity, at Kurichitam Kottayam dist near K R NARAYANAN INDIA’S ex present is born and brought up

He is very active in social media in FB, BLOGUES, TWITTER etc for the last 10 years Most of writings appeared first in social media, with nearly 5000/ active followers

Aniyan’s success is that so far No awards from any agencies. Still not a Ghost Writer. Can be reached, Email BLOGUE. FACEBOOK TWITTER. Links